No one can deny that “Aashram” gave an incredible opportunity to Bobby Deol to kickstart his second inning in acting. The first season of Aashram was released in August 2020 and it was an instant hit, having garnered 100 million views in just 5 days.

The terrific storyline and stunning performances by the cast ended up creating a huge fanbase for the show. Hence the show was renewed for a 2nd Chapter / 2nd season which premiered in November 2020 on MX Player. But the fans have started yearning for more. So here are the details.

The first 2 seasons had rocked all the charts, indeed becoming a milestone show for the MX Player. Also, the Second Season had ended at an abrupt cliffhanger which suggests that a third season may be coming up. Considering all the positives, the makers may be stimulated to renew the show. In fact, some inside sources claim that the production of the script has already started. 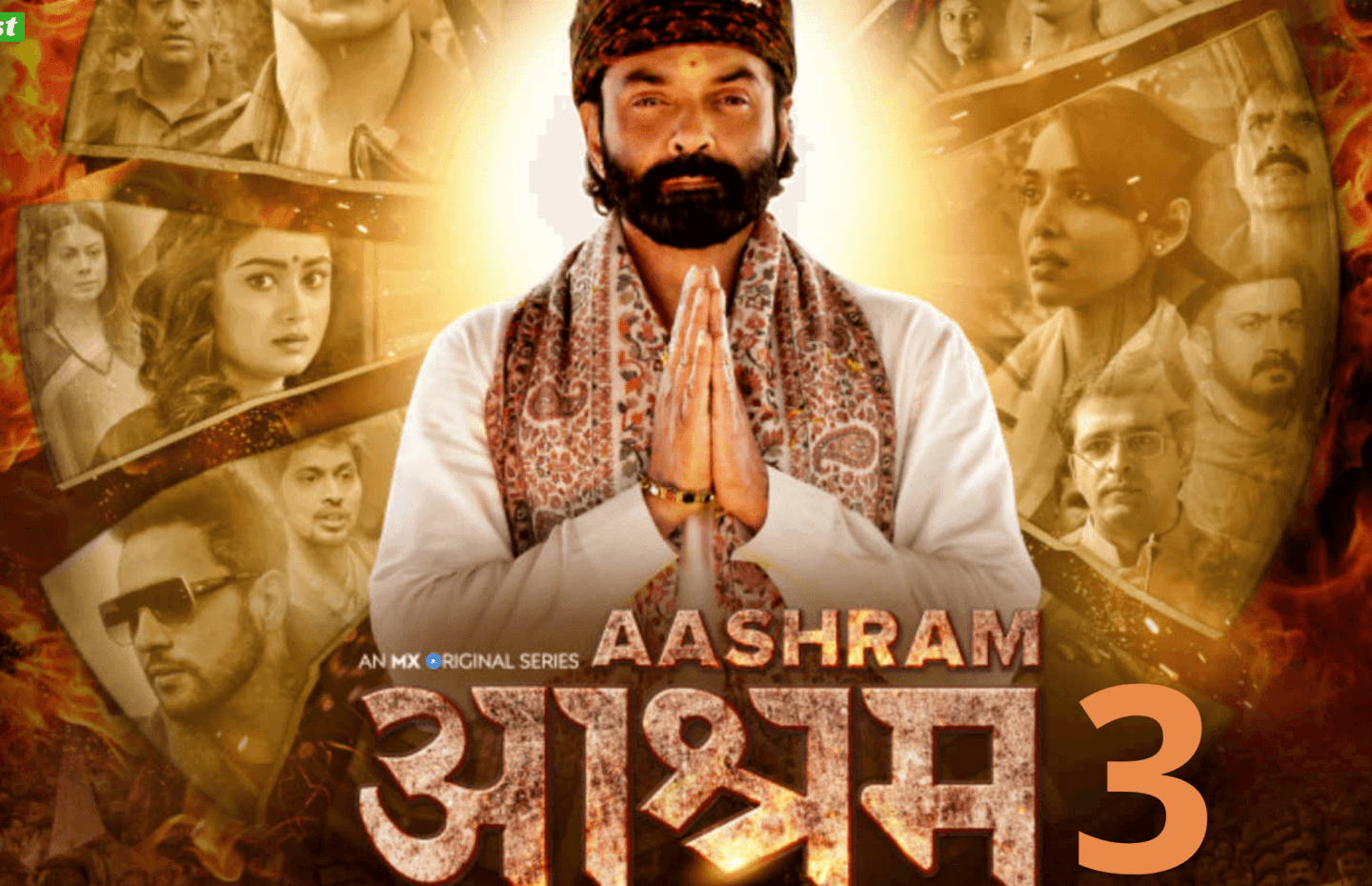 The first 2 seasons were released within a timeframe of 6 months and the third season could have released in early 2021, but Covid pushed the release into ambiguity as shooting couldn’t be continued amidst the 2nd wave. Now the 3rd season can be expected to premiere by the last quarter of 2021.

All the characters from seasons 1 and 2 have a sure shot to return besides some new faces which may be included to add an extra flavor. Bobby Deol will be reprising his role of Kashipur Waale Baba Nirala/ Monty. Besides him, Chandan Roy Sanyal, Aaditi Pohankar, Tushar Pandey, Darshan Kumar, Anupriya Goenka, Tridha Choudhary, Vikram Kochhar, and Anil Rastogi will also be reprising their respective roles.