Makers of Sye Raa Narasimha Reddy published a teaser introducing the iconic character. Played by none other than the Bollywood Big-B Amitabh Bachan. It reveals the role played by him as Avuku Raju. The teaser is trending all over India as it is releasing in 5 languages. Telugu, Hindi, Tamil, Kannada and Malayalam. The movie will premiere on October 2.
The movie portrays the life of India’s first freedom fighter Uyyalawada Narasimha Reddy. The cast is rich with popular faces. Kichha Sudeep, Vijay Sethupathi, Nayanthara, Tamannaah, and Jagapati Babu are the main attractions. The movie produced by Ram Charan starring Chiranjeevi. 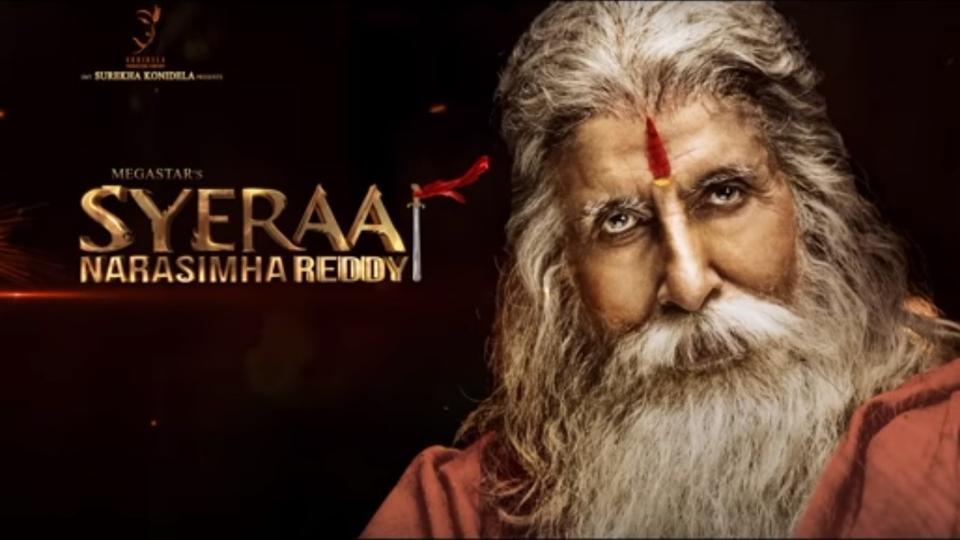 The teaser meant mainly to honour Amitabh Bachan by showing glimpses of his role. The shots include scenes from the set at the time of the shooting. Amitabh’s character appears both young and as old in the teaser. In the teaser, he says a key dialogue“This is the first war for freedom… you need to win this war.” Amitabh appears as the Guru (Mentor) of Chiranjeevi’s character in the movie.
This magnificent movie directed by Surender Reddy. The background music is so appealing and gives a legendary richness to the scenes. Amit Trivedi has done the music composing in the movie. The story is by Paruchuri Brothers, under the banner of Konidela Production Company.
https://www.youtube.com/watch?v=MysQm89xkkg&feature=youtu.be
ShareTweetPin