In the 14th week in the house of Bigg Boss Tamil 3, Losliya, Sherin, Kavin, Sandy, and Tharsham are nominated for elimination. On the other hand, the final countdown for the massive and celebrated show, Bigg Boss Tamil has already begun. In the previous week, Cheran was evicted in the previous weekend. Since, Cheran’s eviction the occupancy of Bigg Boss 3 has come down to 6 contestants, namely, Losliya, Kavin, Mugen, Sandy, Tharshan & Sherin.

Now that Mugen has got the Golden Ticket to Bigg Boss Tamil finale, the makers are keen to be introduced to the final contestants after the nomination of this week. Sherin, Tharshan, Losliya, Sandy, and Kavin are in the danger zone. One of these contestants is going to be eliminated from the show. 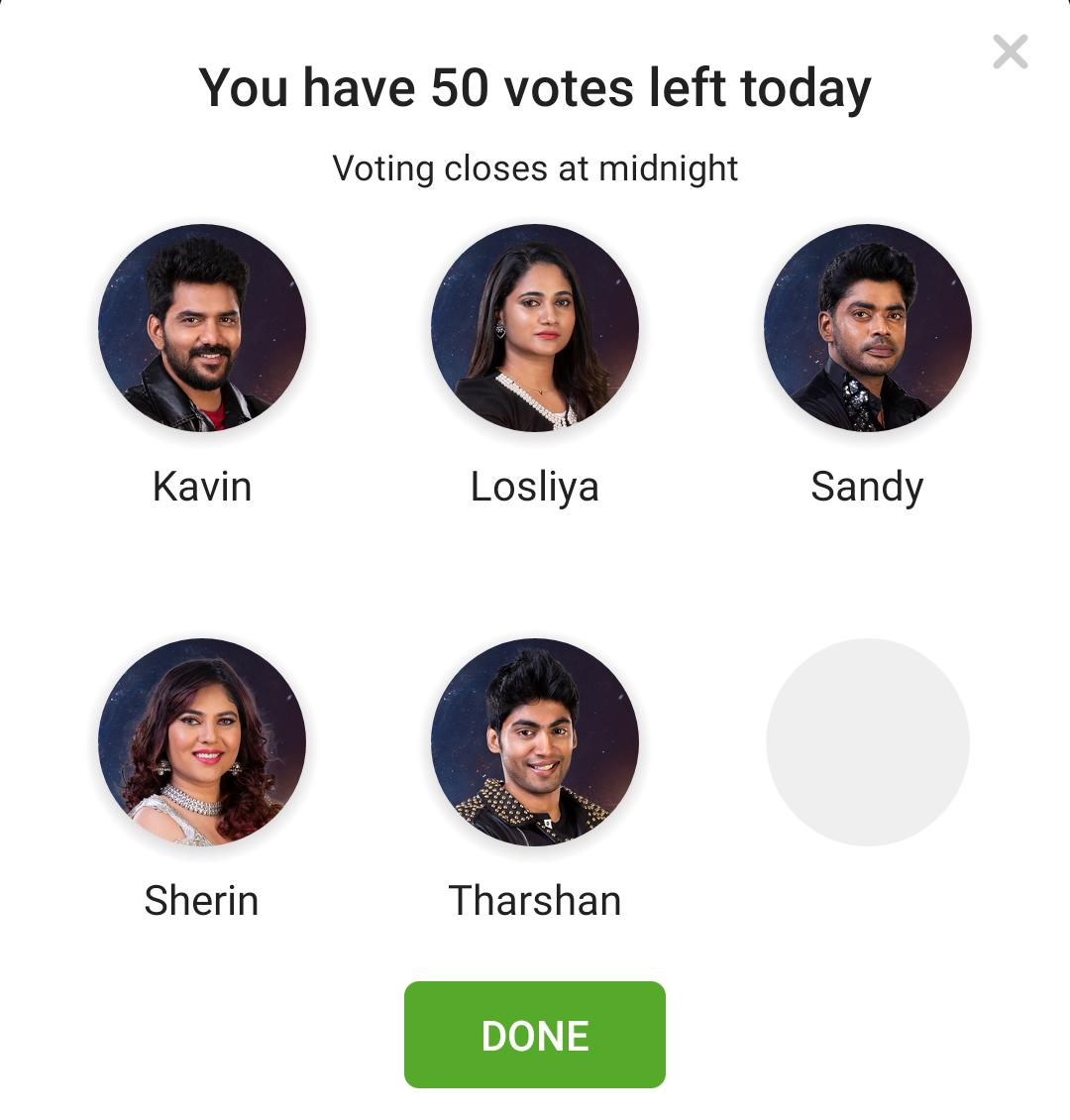 Mugen has already entered the finale

Bigg Boss then performed a prank on the housemates and asked them to provide two names for elimination. Later, Bigg Boss said that everyone in the house other Mugen is going to face the elimination this week. The perchance of the grand finale will take place on the 29th of September 2019. The season finale is all set to take place on the 6th of October 2019.

It would be interesting to see who will be evicted from the house of Bigg Boss Tamil 3. The viewers can easily save their favorite contestants from their respective phones. To save the contestants, the viewers can provide missed calls to their official Bigg Boss numbers.