Chanakya is an upcoming Telugu movie directed by Thiru who is making his debut in the Telugu film industry. The director previously worked in the Tamil film industry on movies like Naan Sigappu Manithan and Mr. Chandramouli.

Chanakya is an action thriller film with Gopichand as the male lead. The movie also has Mehreen Pirzada and Zareen Khan as female leads. The movie was officially launched in February 2019 which will mark Gopichand’s 26th film.

Zareen Khan who got into limelight with Salman Khan’s films was signed up to play a crucial role in the film. The movie also has model and actor Upen Patel in a negative role and Rajesh Khattar and Arun Kumar in supporting roles. Principal photography of the film is done in Jaipur.

Coming to the crew of the film, the movie is produced by Rama Brahmam Sunkara under the production banner AK Entertainments. The dialogues are written by Abburi Ravi and the story and screenplay are written by the director Thiru himself.

The music is helmed by Vishal Chandrashekaran who earlier gave hit music albums in Telugu like Krishna Gadi Veera Prema Gadha and Padi Padi Leche Manasu. The cinematography is done by Vetri Palanisamy and the lyrics are written by Ramajogayya Sastri.

Coming to the story of the film, it is set in India and Pakistan and is about a RAW agent Arjun Rajput. Gopichand’s last release Pantham which was released in 2018 was an average fare at the box office.

He desperately needs a hit film as previous outings in recent times like Oxygen and Soukhyam were disasters. He has expressed a strong belief in Chanakya to get a hit this year. Though the film has tough competition from big releases like Sye Raa and War, if the content of Chanakya is good enough, it will have decent collections in the festive season.

More than an out and out war film, this is more like an under agent film filled with suspense and exciting scenes. Zareen Khan playing an agent puts up an impressive performance. Mehreen adds colour to the film with her presence.

Though the film has some commercial aspects, the film still comes out as a natural and fresh take. The screenplay of the movie will keep the audience excited and thrilled throughout its runtime. Thanks to the great background score.

To conclude, just like most other Gopichand films, Chanakya is an impressive film. But still, it leaves us with the fear that it might go unnoticed. So we hope you will check out this film on the big screen.

Check out the trailer of the film here:

That was our review. What’s your take on the film? Do let us know your opinion about the movie in the comments section below. And please don’t forget to rate the movie out of five. Thank you for reading. Stay tuned to IBT Press. 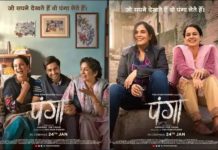 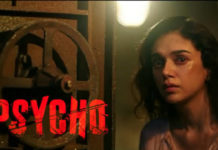 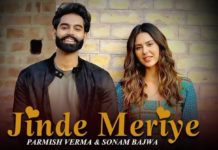