The widely promoted and much-anticipated film with huge hype around it, Housefull 4, the fourth sequel in the comedy series with the huge Star cast of Akshay Kumar, Bobby Deol, Ritesh Deshmukh, Kriti Sanon, Kriti Kharbanda and Pooja Hegde with Chunky Pandey and Ranjeet in key roles has released today.

The film which is produced by Sajid Nadiadwala is already facing bad reviews and negative reviews from the first show itself and to add insult to the injury the notorious online piracy website Tamilrockers has released the full movie on its website on the very day of its release. 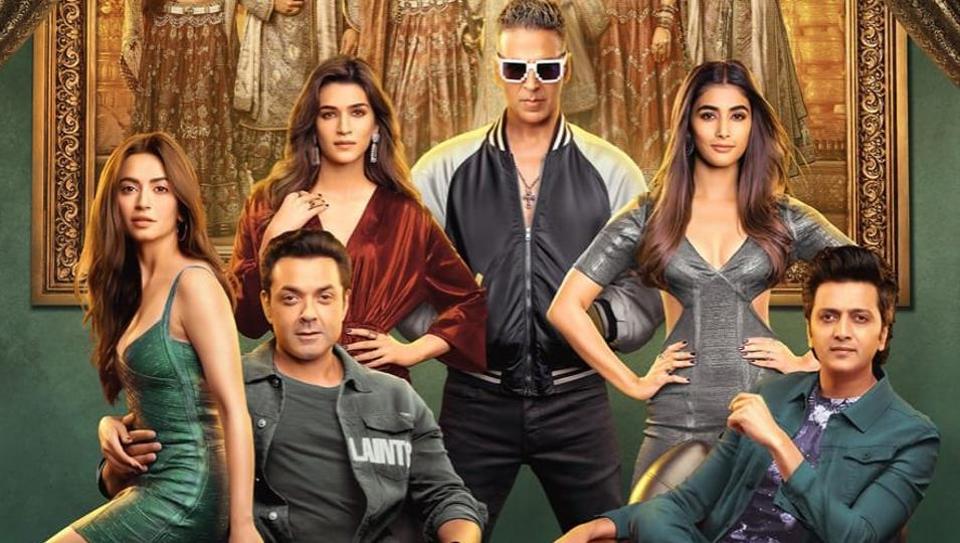 The online leak of the movie is all the more threatening for the film because Housefull 4 is supposedly the costliest comedy movie to have ever been made in India primarily because of the fact that the film depicts two different eras one the historical era dated around 600 years ago for which grand sets were made to project the grandeur while another era is the modern era where all the characters are reincarnated.

The film was released during the Diwali season to mint maximum collections and recover the cost during the holidays but the online leak of the movie is likely to affect the collection’s ad can prove to be a nightmare and washout the efforts of actors and producers who have been actively promoting the movie.

As is know that it is not the first time when a Bollywood Movie has been leaked by Tamilrockers. Many other movies with likes of Kabir Singh, Mission Mangal, Batla House among other were leaked but driven by strong content these films managed to pull the crowd to theatres. Whether the same happens for Housefull 4 also is to be seen.

Bigg Boss 3 Telugu Vote - Finale is Here: Who will Win and Who will Miss? Vote Online To Save Your Favourite Housemate