The music was composed by Mickey J Meher and cinematography was done by Sameer Reddy. Raj Tarun launched Iddari Lokam Okate in April 2019 with director G R Krishna, Later Shalini Pandey was cast as the leading lady. The filming began in May 2019 in Hyderabad. 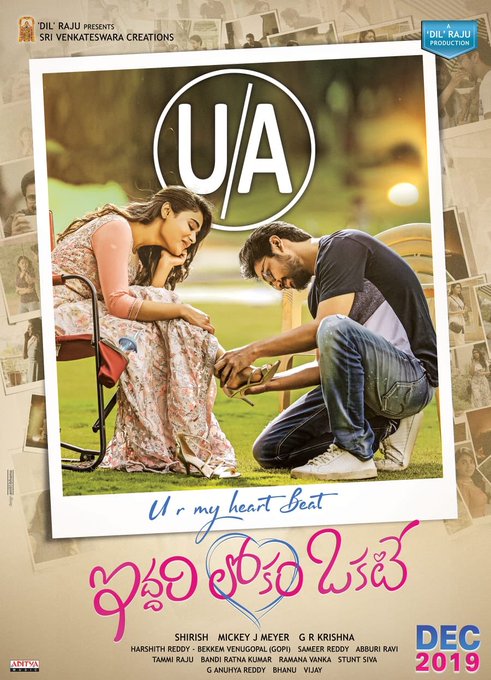 The makers of Iddari Lokam Okate have unveiled the release date teaser on social media. Titled as ‘The world of Varsha & Mahi’.Later, The trailer was released on 17th December 2019 by DilRaju.The trailer received a satisfactory response with around 1.8 Million Views and 50 thousand likes.

The production house released trailer 2 on 20th December. This film’s original soundtrack was released on 13th December 2019 on youtube. The Trailer sees the story of two individuals who seem to keep crossing each other’s paths since birth. The film, despite the predictable story, seems like a feel-good one.

Dil Raju, in an interview, said, “This is the second film that Raj Tarun is acting with Sri Venkateshwara Creations banner. This is a cute love story that will attract and impress all sections of the audience.

Raj Tarun was last seen in ‘Lover’, whereas Shalini was last seen in ‘118’ and ‘100% Kadhal’, the Tamil remake of ‘100% Love’. After experiencing a series of failures at the box-office, Raj Tarun took a brief break and signed his comeback film. This film’s success is much needed for him.

The film showcases some cute, romantic moments between the lead pair, and the cool music playing in the background will keep you thrilled.

Mukesh Varma - March 18, 2021
0
Planned maintenance is used by modern organizations to take care of business operations and ensure that there are no hiccups to the overall customer...