Not only Bollywood and Telugu films are suffering from the plague of movie leak but the Kannada industry is equally feeling the pain. The recent Kannada release Kaanadante Maayavadanu was leaked over the internet.

The movie was considered to have decent potential to have a fruitful stay at the box office but this leak stigma has put its chances into danger. 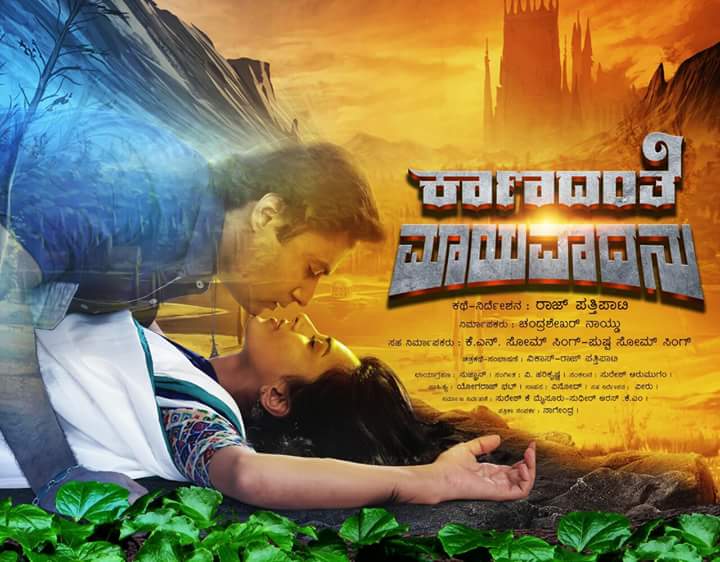 The film is directed by Raj Pathipati. The film has got the likes of Vikas RK, Sindhu Loknath, Raghava Uday and Suchendra Prasad in lead roles.

While other notable appearances are Bhajarangi Loki, Achyuth Kumar, Saurav Lokesh, Dharmanna Kadur and Seeta Kote. The film is a romantic thriller and serves just what the youth of today wants.

It came to our acknowledgment that the film was available on various sites soon after its release. Tamilrockers website were the ones who came up with this leaked link of the film. That too only hours after the release of the movie.
Later on, other websites also came up with the download as well as online links with decent print quality.

Torrent is also not behind, they have also made several links available on their website. Torrent has a track record of being indulged in such piracy activities for a long time.

The efforts of the government are falling apart to curb piracy. There’s no check on such sites. They at their will lesk films and manage to fade away.

Considering the fact that there’s aren’t many films up for grabs at the Kannada cinema at the moment, the fans may still want to hit the theatres to enjoy the film. It more of a duty of the fans to get out in numbers and support your favorite stars.