The recent Telugu New Year has brought a lot of good news for Telugu film lovers and one of those is the announcement of Nandamuri Taraka Rama Rao Jr’s 30th film. The official announcement has cheered the fans all around.

While there were few speculations about NTR teaming up with Trivikram for his 30th, now the makers have given an official statement and took to Twitter to announce the same. NTR is teaming up with Koratala Siva for his 30th and this has been confirmed by both the director and the production team via Twitter.

There are no details about the storyline or the other crew and cast about the movie except for the fact Koratala Siva is directing NTR, while Nandamuri Kalyan Ram is presenting the movie. YuvaSudha Arts are bankrolling the project. 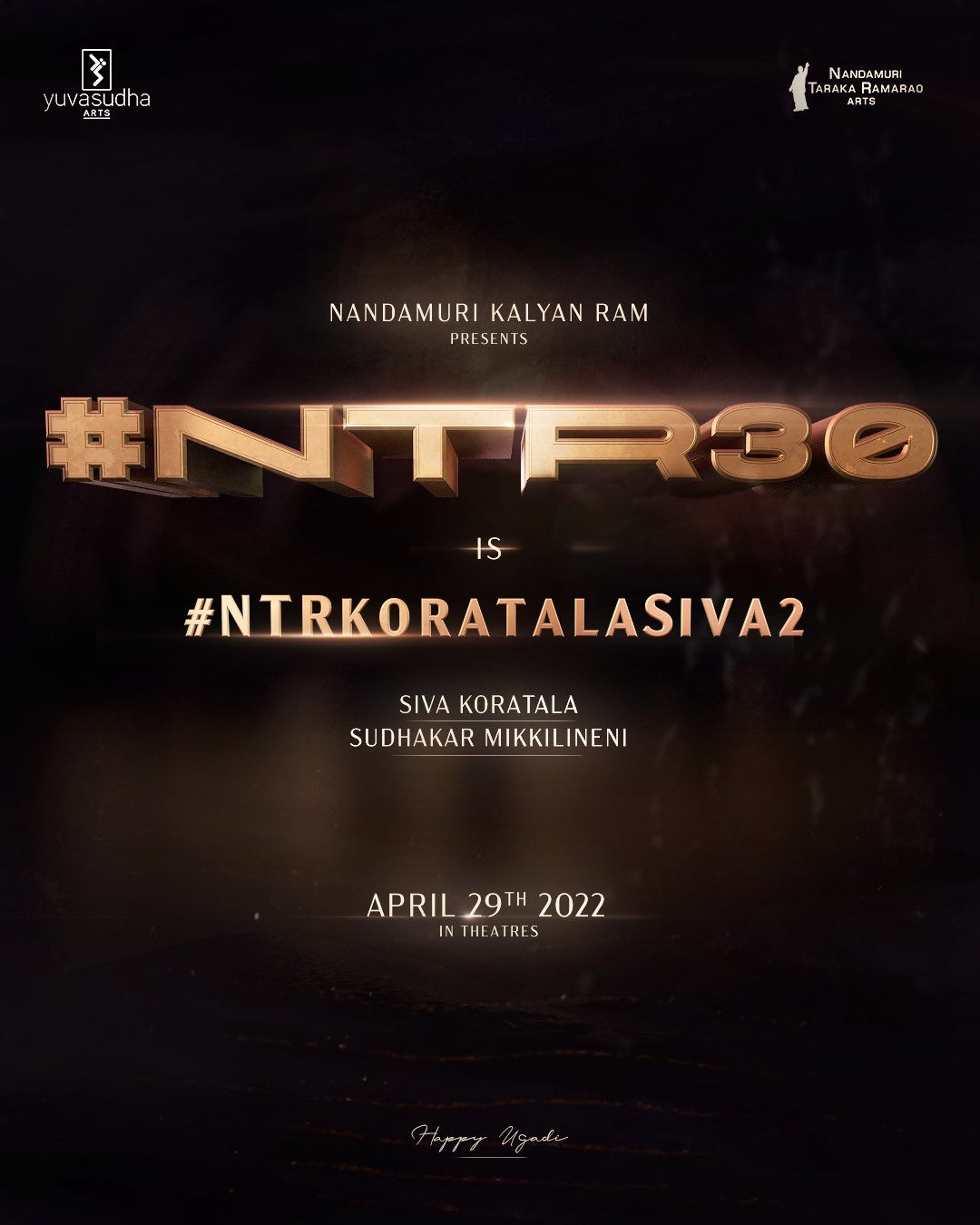 The pair already worked together for their social message-oriented film Janatha Garage which was a blockbuster. Though we need to wait for further details about the movie, such as the plot and cast, we can be assured of the magnitude of the movie. In the words of producers Sudhakar Mikkilineni and Hari Kosaraju,

“When it is NTR and Koratala Siva, expectations are grand. Our film will be made keeping those high expectations in mind. More details about the huge project will be announced on the day of its launch”, it can be observed that the movie is made keeping all the standards in mind.

And with NTR’s upcoming pan-India Rajamouli movie RRR, we can expect this project to set their bars high.

The untitled project is yet to get onto the sets. The muhurtham will be held soon and the plan is to start the shoot in the second half of June. And the film is expected to be released theatrically in multiple languages on 29 April 2022. So, expect the movie to make its way for the summer release.

While the magnum opus RRR is still on its way to the audience, the confirmation of this big project brought smiles over a lot of faces and now, it’s the waiting that is tough. Anyway, till this successful combination (#NTRKORATALASIVA 2) gets in front of us with their film, follow us for all the latest information about the movie.