The heavy rains in Pune, Maharashtra led to devastating results. It caused flooding in various districts of Pune while killing the lives of at least 12 people.

One day after the heavy rainfall, that is, on Thursday, many low-lying areas in and around Pune experienced heavy inundation.

Naval Kishore Ram, the collector of Pune, issued instructions to keep all the educational institutions closed in Pune, Purandar, Baramati, Bhor and Haveli tehsil on Thursday. 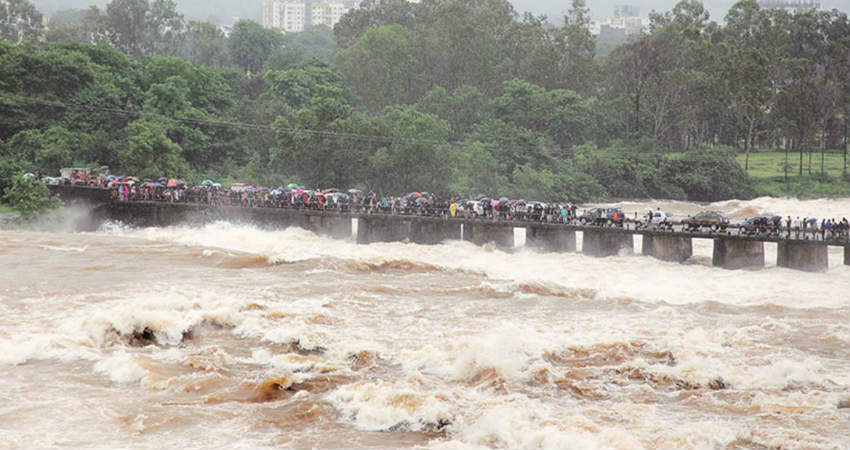 The collector of Pune said that as many as 28,500 people have been evacuated in Baramati due to heavy discharge of water from Nazare dam which is located in Saswad. The water discharge increased up to 85000 cusecs after heavy downpour in the area and huge inflow of rainwater in the reservoir.

The operations of evacuation are being monitored by the district collector and SP (Rural) Sandip Patil.

The administration officials said that the people affected by the flood have been shifted to 44 different locations in the area.

The officials of the irrigation department said that the people were given a high alert and were asked to shift to safer places as there are possibilities of increase in water discharge.

In the meantime, the department has brought down water discharge up to 24000 cusecs.

The officials also said that around 500 people have been saved so far from the flood-hit areas around the dam.

Devendra Fadnavis, the chief minister of Maharashtra, expressed his grief over the deaths that took place in the incident in the district and assured all help from the government.