The Indian Hindi-language romantic drama film “Thappad” directed and co-produced by Anubhav Sinha, has hit the big screens of the country on the 28th of February 2020. The film features Taapsee Pannu as a woman who files a case for divorce when her husband slaps her.

The film has been able to give a decent performance at the box office on its first day of release itself. According to the response the movie is getting by the public, it is most probably to make a net collection of Rs 3 crores from all over the country. 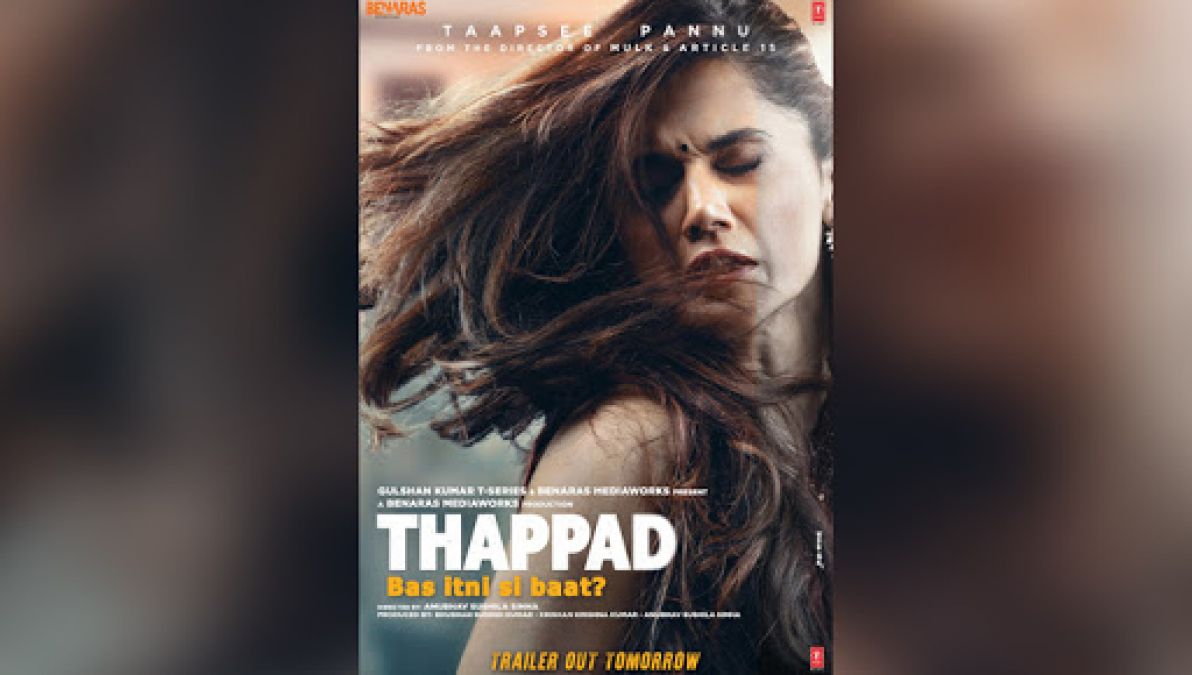 While the movie is expected to earn Rs 3 crores on its first day of release, the estimated total net box office collection of the film Thappad comes out to be Rs 3 crores.

On the first day of the film, the theaters have been occupied by 10% in the morning shows while in the afternoon shows, the occupancy is 13.99%.

The occupancy of theatres for the film Thappad in the evening shows and in the night shows is yet to be observed.

The overall occupancy of theaters for the film Thappad on its first day of release and on its first Friday, that is, on the 28th of February 2020, might result in 12%.