Gone are the days when animation was enjoyed only by children because since Anime has stepped into the world with some amazing shows, adults are going crazy about them. Dr Stone is one such anime series adapted from a manga by the same name written by Riichiro Inagaki and illustrated by Boichi, which took the world by storm.

The first season for the show was released in 2019 followed by Season 2 which concluded on March 25, 2021. Season 2 fulfilled all the expectations set by Season 1 but it further created an obligation for the makers to come up with Season 3. The makers quickly identified the frenzy around the show and renewed it for the third season. Here are all the details.

Even before the finale of Season 2, which premiered in 2021, with no delays, the producers announced Season 3. It was announced with a teaser on the official social media pages of Dr Stone. The teaser revealed that the protagonists will be embarking on a seafaring journey this time. Presuming that the 12 gap schedule between 2 subsequent Seasons will be followed season 3 could be well expected to be released by the April of 2022. 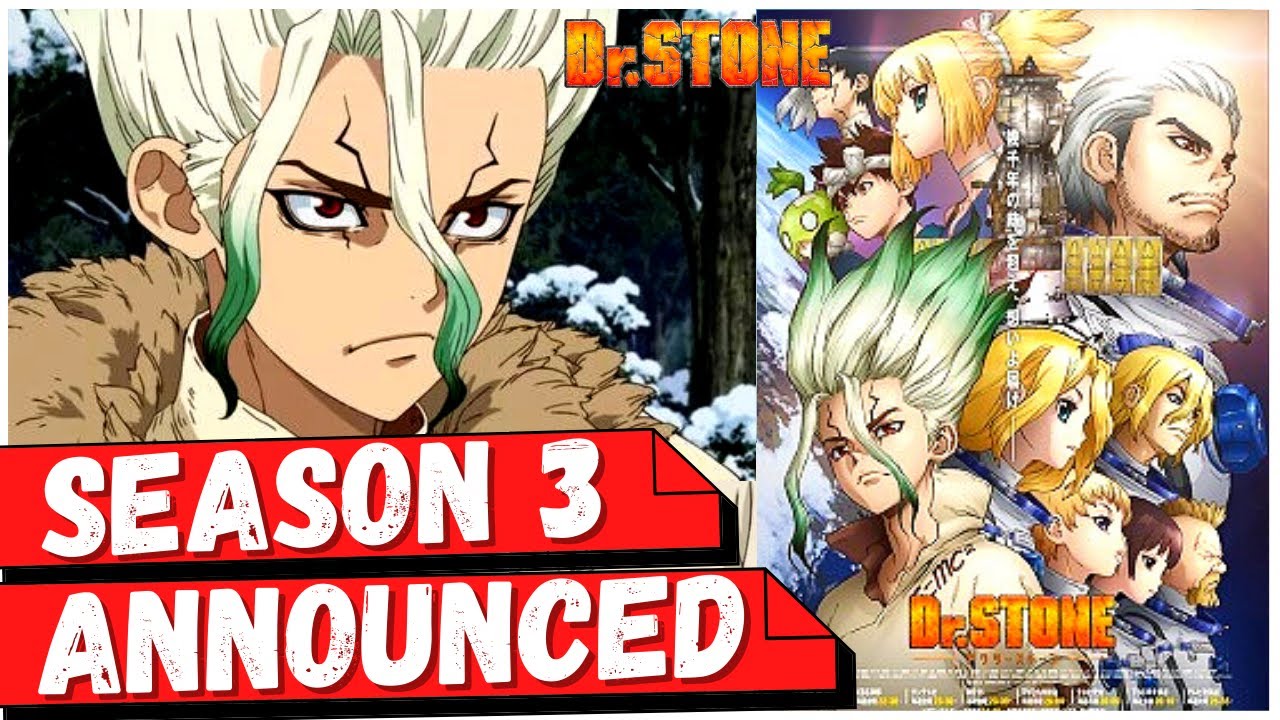 What To Expect from Dr Stone Season 3?

Not much was revealed in the trailer released by the makers about the plot of season 3 apart from the disclosure of the seafaring journey which the protagonists will be undertaking. But since Season 3 will be based on the Age of Exploration arc from the original manga series, the plot may unfold with gang building Perseus, making “Thousand Sunny” jealous.

Where can You watch Dr Stone Season 3?

"Never Have I Ever" Season 2: Coming To Netflix in July!!